SUMMARY OF SEASONAL FORECAST DATA FOR UK AND EIRE


Summary of internationally available experimental Forecasts for current month and next month for the UK and Eire
Updated -080820- Typically updated during Thursday/Friday). Major updates may be noted on Twitter @T2mike


Interpreted from UKMO for UK area only.

UKMO 060820 - 11th August to 4th September 2020 - Initially warm or very weather weather, and mainly dry - though with a risk of some thundertorms in the South and East - is likely to be replaced later in August by fresher weather with a little showery rain at times and nearer normal temperatures which may spread from the NW. This change may be rather erratic.
UKMO 020820 - 7th to 31st August 2020 - The NW of the UK probably unsettled at times with rain or showers and near normal temperatures. The SE of the UK a good deal of dry and warm, locally very warm weadther though with some rain or showers spreading from the W a few times.

PPN:
AUG: Three perhaps four clusters, two below and two above normal. The strongest cluster is well above average. Above average rainfall seems more likely but may bot be uniform across the UK.


Graphcs will appear below as available. 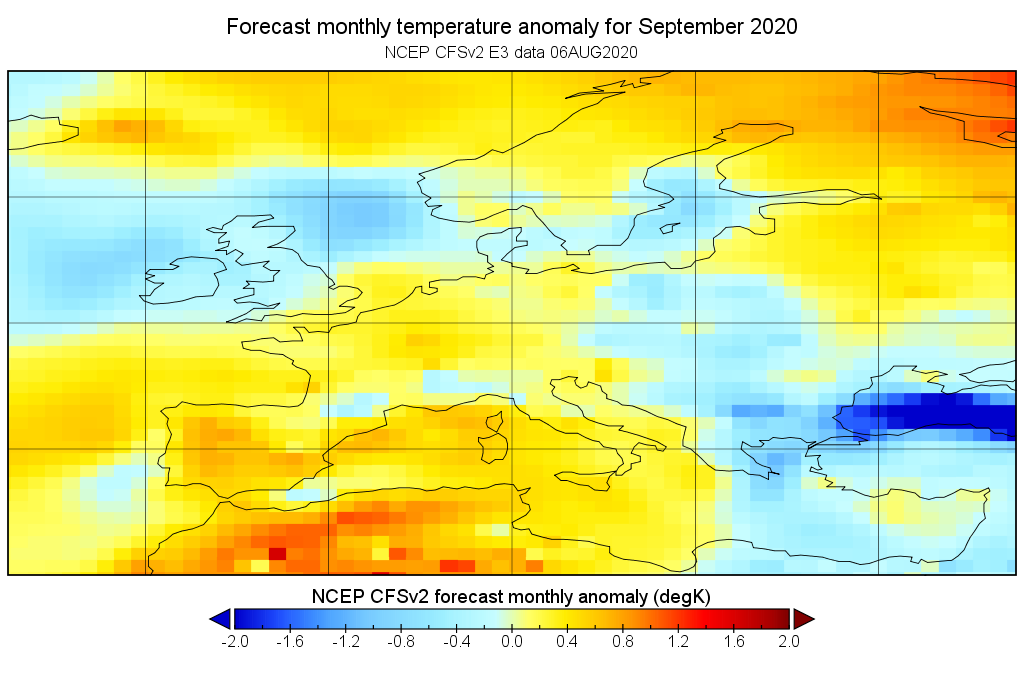 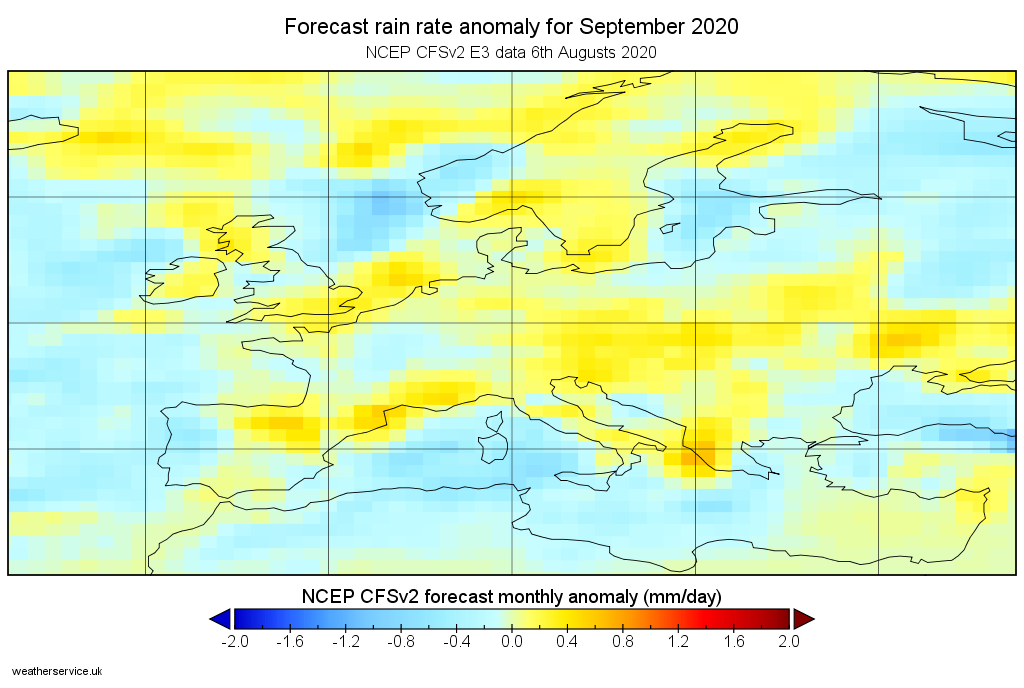 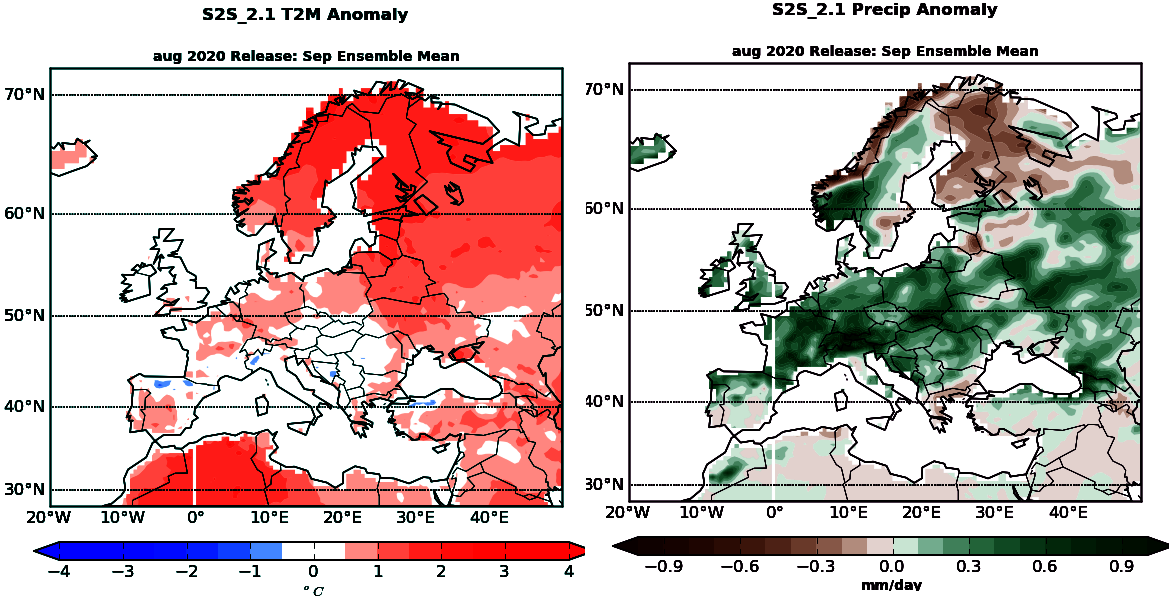 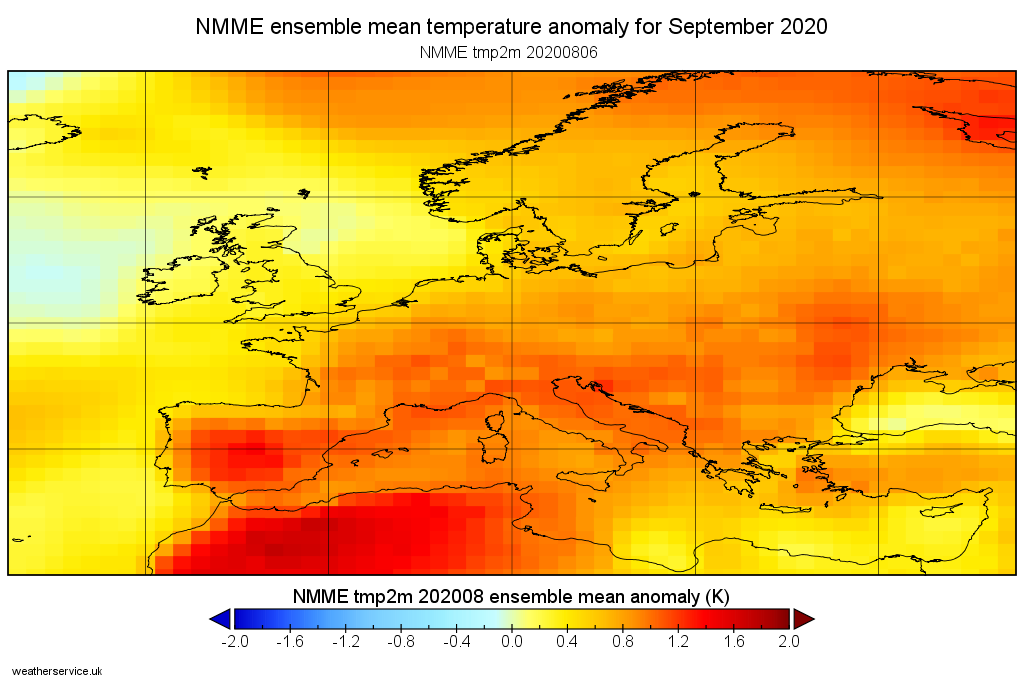 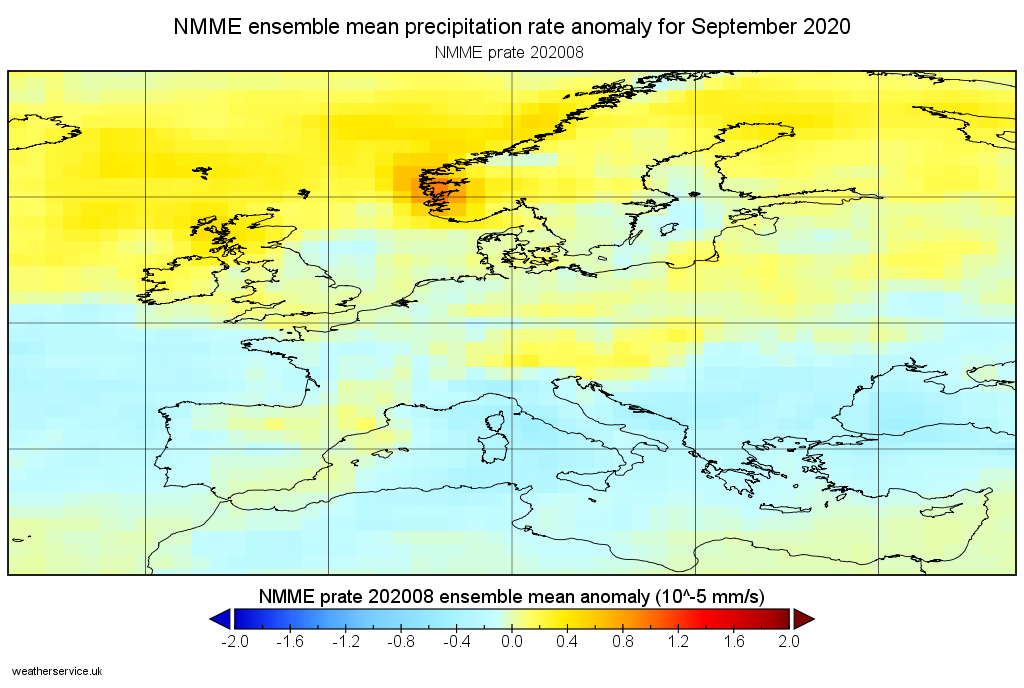 NOTEs: 1. NORMAL=typically the model normal based on historic runs rather than the measured normal from observation - hence trends rather than numbers are a better guide.
2. CFS2 seasonal anomalies are with respect to the lead dependent model climatology from the hindcast period (1999-2010) without any adjustment - a very warm decade!.
3. UKMET The hindcast period used for model normal is 1996 to 2009. 42-member ensemble seasonal forecast (120KM res over land) combining and bias correcting all forecast members available prior to issue.
4. CFS2 Weekly forecast anomalies are with respect to 1999-2010 hindcast climatology which was a warm period (SST 1982-2010) also mostly a wet period for Uk compared to longer period stats.
CFS2 Monthly and seasonal hind cast period 1982-2010
5. NMME data, please see the BAMS article (Kirtman et al. 2014). The NMME project and data dissemination is supported by NOAA, NSF, NASA and DOE. with the help of NCEP, IRI and NCAR personnel in creating, updating and maintaining the NMME archive. 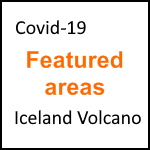 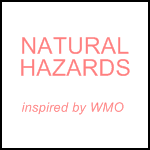